What are the best NFT Platforms / projects on Solana? 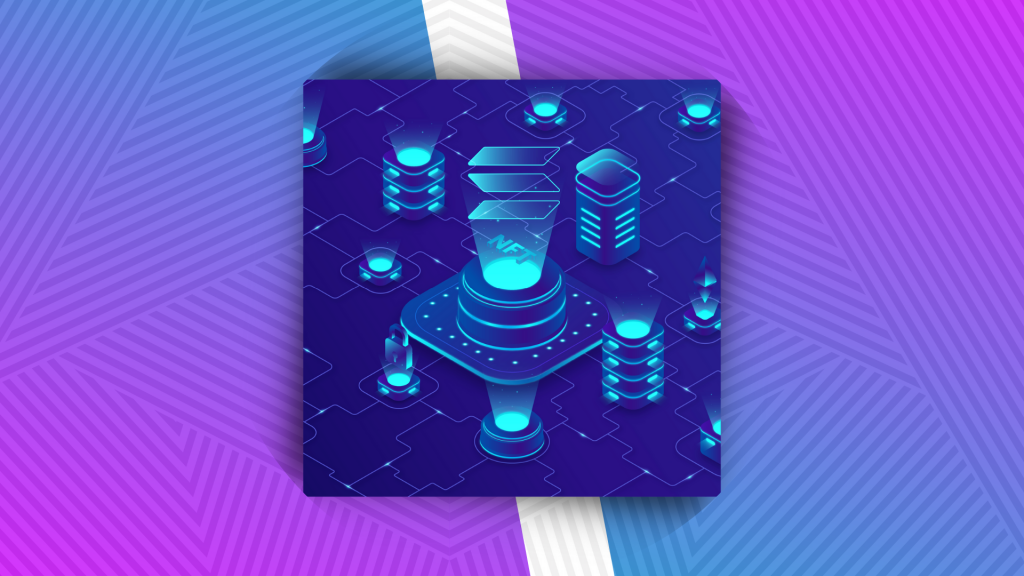 What are the best NFT Platforms / projects on Solana?

Building an NFT platform on Solana makes perfect sense. As we know, Solana is capable of astounding feats – 400 ms block times and 50 000 transactions per second, which is more than enough firepower (and perhaps overkill) for any NFT platform. Solana’s plans to scale its capacity (to reach 1 million TPS) effectively future-proofs any NFT projects built on it.

Therefore, it is not surprising, considering the sheer capacity of this blockchain platform, and considering the cost to transact in the Solana ecosystem, that a few NFT platforms are starting to emerge.

There are a few exciting and surprising NFT projects on Solana, which are like islands in a sea of low-effort ventures. Far from being mere Punk or EtherRock clones (how many of those do we need?), they distinguish themselves thanks to excellent ideas and execution. We will now turn our attention to these projects.

Conceptually speaking, the All-Art protocol absolutely leads the pack on Solana – it is ambitious and bold. Being the most important project we will cover, we will spend a little more time here to describe the project in detail.

The ideas presented in this project’s documentation and whitepaper are astounding and it is only a matter of time until other teams recognize their merits and implement them in their own projects, as we do in the open-source world.

The All-Art Protocol is not blind to the fact that the vast majority of NFT’s are idle assets that sit in wallets and do not generate any value for their owners – other than Aesthetic value, which is purely subjective. This protocol aims to change that, by transforming NFTs into liquid, tradable assets.

The thing that will surprise most observers is the fact that this protocol fearlessly proposes a brand new NFT standard. The All-Art Protocol’s NFT PRO standard is composed of three distinct layers:

As we can see, the All-Art protocol aims to solve the licensing and ownership problems often associated with NFT’s by embedding this type of information in the NFT itself. Not a bad idea, considering that doing so could solve costly and lengthy licensing and copyright disputes well in advance, before they happen!

In conclusion, if a creator wishes to generate an NFT, the first layer (metadata) is obviously needed. The second layer is needed if a specific licensing or copyright arrangement is required. And finally, the third layer is a must if the token will be auctioned or sold via the platform’s Automated Market Maker.

The AART token is the native currency of the All-Art protocol. It can be used as collateral and its main purpose is to provide liquidity in the protocol’s liquidity pools. When collectors purchase NFT-PRO tokens (these are created when the artist mints an NFT), they must buy AART tokens first.

This new NFT standard, with three specialized layers, and the multiple tokens required to make it all work, not to mention how they interact with each other, might sound a little complicated. However this protocol’s ambitious ideas and execution promise to fix glaring licensing and copyright issues that plague the NFT experience of many users today.

Solife brings casual NFT powered gaming to the Solana Blockchain. It is a graphically impressive play to earn strategy game inspired by the Game of Life. All Solife cards are NFT’s, which can be traded on marketplaces. Every character starts as a baby and ages as missions are completed. Users are given the ability to choose their own life path and create their own adventures. No two games are quite the same.

Actual money prizes are given to users every season and the amount that is distributed is a function of a user’s ranking in the game.

Solife as a project doesn’t reinvent the wheel – however it distinguishes itself with its clean, flawless execution.

The Metasafari team took the idea of NFT Fractionalization, which is a brilliant concept that first emerged on the Ethereum Blockchain, and created something fun and engaging with it. In order to participate, users first need to purchase a rare endangered animal NFT on a Solana marketplace called SolSea, and then make their merry way to the Metasafari world, where they can help save other endangered animals.

Metaplex is a project that allows creators to build their own decentralized NFT storefront. Convincing storefronts are more important than we think – the way the NFT’s are presented and sold to the public matters immensely.

Hailed as an all in one solution, artists are provided with everything (including minting tools) they need in order to create collections, build a solid following and sell. The storefronts are built using simple drag and drop tools and deploying a storefront “instance” does not require any form of coding, which will come as a relief to many artists.

The Metaplex retail solution is integrated with the Permaweb (Arweave), which means that images, videos, gifs, audio of any size are stored immutably, forever.

Solanart is a zippy (really, it is surprisingly fast!) marketplace that allows users to buy and sell collectibles and NFT’s from a variety of artists.

Solanart’s sale mechanism has an interesting design: when artists put their NFT’s up for sale, they are transferred to a temporary account owned by Solanart. When someone purchases an NFT, Solanart transfers the SOL amount directly to the seller, and unlocks the NFT which is sitting in the temporary account. This NFT is then sent to the buyer. For its services, Solanart takes a 3% cut on all transactions.

The people behind Project Solati are the same individuals who launched Audius – so from the get go this project received a lot of attention. The aim of this project is to connect NFT collectors and musicians, and to help revitalize the amateur music scene.

As with Musicoin, a forgotten music-related project which did not survive Crypto Winter unfortunately, artists earn fees every time their music is played.

Frakt is Solana’s only generative art project. The mathematical nature of fractals is leveraged to create beautiful and intriguing design patterns. Every image generated is one of a kind and exists as an NFT stored within IPFS.

There are 5 different types of fractal images and 4 colors to choose from, each with various rarities – the rarity of a fractal is determined by a cryptographically secure random generator.