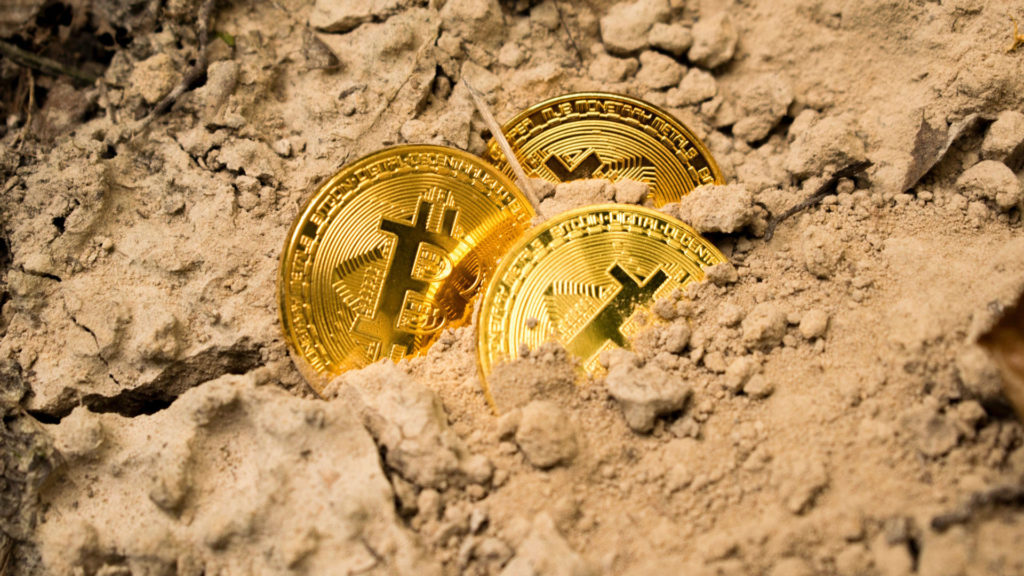 Bitcoin is a cryptocurrency, the first one and the one cryptocurrency to start the blockchain boom. Bitcoin is a computer network, a blockchain. It first launched the 3rd of January 2009. It follows the original Bitcoin whitepaper, created by a pseudonymous character or group only known as Satoshi Nakamoto. The identity of the creator has since Bitcoins inception always been a mystery. When Bitcoin first launched it promised a “peer to peer” cash system with lower transaction fees than the traditional payment systems could offer. It also promised a decentralized money system, very much different from the traditional government issued currencies.

Despite what the name implies there are actually no physical “Bitcoins”. There is only a bookkeeping ledger that holds balances. This ledger is fully transparent and public — Anyone at any time from anywhere in the world can always check the status of this ledger. This ledger is more commonly referred to as a blockchain. Despite the common belief there is nothing anonymous about Bitcoin and it is actually very easy to follow each and every transaction that has ever been made on the Bitcoin network. Bitcoins are not issued or backed by any government bodies and / or banks. New Bitcoins are minted (created) roughly once every 10 minutes by the network miners.

Bitcoin is a network of computers that work together. They are almost exclusively all connected via the internet. During the last couple of years a lot has been happening and there are attempts to try and make the network more robust and failure resistant by enabling people to download and sync the Bitcoin blockchain from satellites in space. There is one company named Blockstream that is currently providing this service for free, you can read more about that over here.

Understanding what Bitcoin is

At the time when this article was written there were a total of 11884 nodes online in the network with a collective mining power of 161.197 EHashes / s. To successfully “take over” the network an attacker would need to perform a so called 51% attack. Even though it is technically possible to take over the network in such a way — in reality, it’s almost impossible and not even nation states would manage such a task.

In the very unlikely case that an attack on the network comes out successful the people running the network nodes could come together and decide to fork over to a new chain and abandon the “hacked” one. Remember, the network is not owned by any company or government, actually it is owned by its participants, us — the people. Many different Bitcoin forks already exist, two famous ones are Bitcoin Cash and Bitcoin SV. These forks share Bitcoins blockchain history up till the moment of the fork — thereafter creating individual histories.

How do you store Bitcoin?

The public key of a Bitcoin bank account can be compared to a traditional bank account number. When receiving money in the form of Bitcoin you will provide your public key to the sender. The sender then uses this key to inform the Bitcoin network of where to send some funds.

The private key of a wallet can be compared to the traditional pin code for your visa or mastercard. Private keys should never in any case be shared with anyone but yourself. You should store it in a very safe place and make sure that you don’t lose it. If your private key gets lost or stolen, so will your Bitcoin — forever.

Mining in bitcoin can be performed by any full node. However nowadays these nodes are using hardware specifically created for the purpose of mining bitcoin. Mining bitcoin on your home pc is useless and you will not make any money (bitcoin) out of it.

The purpose of mining

Miners are needed to secure the bitcoin network, they do this collectively through a process called “Proof of work”. Their mission is to find a number — a hash — that conforms to the requirements set by the network. To find a correct hash miners repeatedly keep guessing a number — the nonce. When a miner finds a correct hash that fits the requirements it has also successfully found a new block and will be rewarded by the network for this in the form of newly minted bitcoin + any transaction fees from users that transact bitcoin on the network. And this leads us to inflation…

Unlike traditional currency like the US dollar the inflation in Bitcoin is predetermined. The network is configured to (on average) produce a new block every 10 minutes. And remember, when a miner finds a new block — new bitcoin is created. Therefore the global bitcoin supply increases roughly every 10 minutes.

When the bitcoin network first launched in 2009 each block reward was 50 bitcoin. But every 210,000 blocks the block reward halves. 210,000 blocks takes approximately 4 years to produce (remember that a new block is created approximately once every 10 minutes). Therefore the inflation rate will decrease every 4 years until the inflation completely stops. When bitcoin has a zero inflation rate the idea is that miners will be incentivized to secure the network purely by receiving the transaction fees that users pay to transact on the network.

Store of value vs cash

The debates have been many throughout the years. However it seems like most users nowadays agree that bitcoin is to be primarily used as a store of value, much like gold. Although the whitepaper as released by Satoshi Nakamoto clearly states that bitcoin is a “Peer-to-Peer Electronic Cash System” time has shown us that it cannot be used in this way. The bitcoin network simply is too slow to process the amount of transactions per second that is needed for it to be used by the world as cash. For bitcoin to be used by the world as cash each block size would become too big and thus it would raise the bar of running a node tremendously. The risk would be that the network would become far less decentralized than it is today — a risk not worth taking.

Not everyone agrees that bitcoin can’t be used as “Peer to Peer Electronic Cash” however. Therefore on 1st of August 2017 bitcoin was forked into a separate chain called Bitcoin Cash. The users of Bitcoin cash do not see second layer technologies as the way forward and would prefer to increase block sizes as demand for transactions grows. New users should keep in mind that Bitcoin and Bitcoin cash do not share the same ledgers after the date of the fork and they do not share the same price valuation.