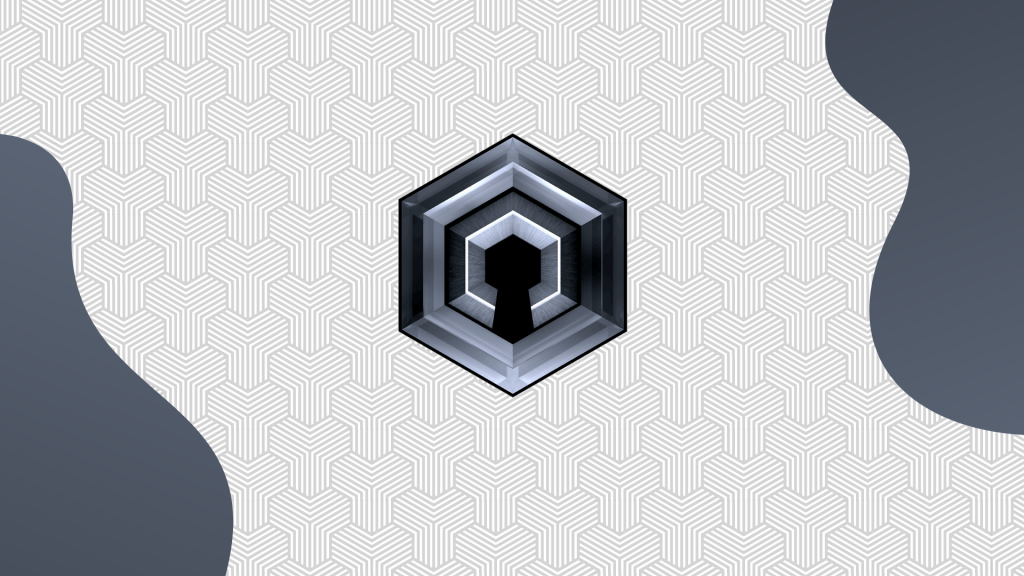 Dero, an integral part of the CryptoNote family, is a fascinating privacy-preserving Proof-of-Work blockchain blessed with a DAG Network Structure.

While Dero, a Crypto Winter survivor, doesn’t reinvent the privacy wheel, it distinguishes itself by its pragmatic approach: the team analyzed state of the art cryptographic algorithms, optimized them and implemented them, creating a blockchain network that stands in stark contrast to other Cryptonote projects.

Before going any further, as we know that defining the terms we intend to use is of utmost importance, let us take the time to define Directed Acyclic Graphs (or DAG’s), which is an expression you have probably heard in conversation or stumbled upon in an article!

A Graph is a collection of Vertices (the circles, in the image below) and Edges (lines) that indicate connections between the vertices.

A Graph, just like the one below, is said to be “cyclic” if it contains one or more cycles. A cycle can be defined as a path that allows you to travel from one Vertex to the other along a set of Edges (or lines), and then back to the first Vertex.

A Graph is “acyclic” if it contains no such cycles. A Directed Acyclic Graph (see the image below) is a Graph with no cycles: the edges (the lines) point to the right, and no “loops” are visible.  This topology is unique and a fantastic way to represent (and organize) blockchains. This is a very crude representation, but bear with me. The first sphere on the left is the first node of the network, which produced the genesis block.  The “History” of the chain is written and read from left to right, and never the other way around (immutability); the nodes on the right all share the same information, the latest “State” of the blockchain.

Dero adopts a DAG like structure where each of these “spheres” is a Node – this means that soft forks (backward compatible upgrades – an example of this is Bitcoin’s Segregated Witness fork) and orphan blocks (loose blocks which have been solved but were not accepted by the network) are a practical impossibility.

Every node part of this uncanny POW blockchain topology is engaged in mining, that is, in the search of a target “hash”, in the validation of transactions and in the generation of new blocks. Thanks to Dero’s AstroBWT algorithm (we can with confidence call AstroBWt an optimized version of CryptoNight) blocks are mined in an egalitarian fashion.

This new Proof of work algorithm, which was switched on at block height 95550 (March the 6th 2020), was designed to level the playing field and defeat the ambitions of ASIC’s, FPGA’s and GPU’s, allowing CPU’s to partake in mining. AstroBWT’s long key sizes and iterations reduce FPGA performance; random numbers hinder GPU parallel processing and new, dynamic operations with longer computation cycles reduce ASIC performance. AstroBWT gives the “DeroDag” 27 second block times, and 4.5 minutes confirmation times. Approximately 3200 blocks are emitted each day. It is said that in a controlled environment, the DeroDag can achieve blocktimes of three seconds and process a thousand transactions per second, making it the fastest CryptoNote based blockchain ever.

For validating transactions and securing the DeroDag, participants are paid in DERO, the DeroDag’s native currency. There is a maximum (and very reasonable) supply of 18.4 million DERO tokens, and an emission rate of 157 000 DERO per year. There have been talks of establishing a governing body, which would require participants to stake their DERO in order to have a voice, however it appears this aspect of the project is still in the planning phase. The team has disclosed that there was an initial premine of 2 million DERO tokens, and these tokens are not part of the circulating supply. These are tokens allocated to the team, and they will be unlocked according to a specific vesting schedule.

Dero is a complete rewrite of the Cryptonote protocol in Golang, a programming language known for its power and flexibility, and for its high degree of immunity to security vulnerabilities such as buffer overflows and dangling pointers.

Dero provides a surprisingly strong level of privacy to its users. The protocol turns data “Dark” and obfuscates, among other things, the link between senders and receiver, for all transactions executed on the DeroDag. How is this “Obfuscation” achieved exactly? Are they obfuscated thanks to Zero Knowledge Proofs, where Nodes are able to validate transaction inputs without knowing or sharing any information about them (for example, prove that an encrypted number is in a given range, without revealing anything else about the number)?

Close, but not quite!

DeroDag leverages the power of Bulletproofs, a special type of non-interactive Zero Knowledge Proof that require no trusted setups. A trusted set-up is a process during which pre-generated keys and parameters, to be used later for computations, are shared with provers and validators.

Bulletproofs are known to use less memory space than ZK proofs. The Dero team studied the Bulletproof implementation and was able to increase the performance of the algorithm by a factor of ten! The only downside to traditional (so to speak) Bulletproofs is that verifying them is more time consuming than verifying a non-interactive Zero Knowledge Proof. The DeroDag’s BulletProof implementation, codenamed “Rocket BulletProofs”, only takes 1.5 milliseconds to verify, instead of the 15 milliseconds required by normal Bulletproofs.

In order to increase Network security, DeroDag uses Transport Layer Security or TLS. DeroDag secures data transfers between nodes by using asymmetric encryption to generate shared keys. These shared keys are then used for the symmetric encryption of messages. In very concrete terms, this means that anyone listening to the network will not be able to decipher data if it is intercepted.

DeroDag allows the execution of smart contracts without any extra layers or secondary blockchains. Smart contracts on the DeroDag run in the Dero Virtual Machine (DVM). DVM is a Turing complete 256 bit VM environment for Dero Smart Contracts with Cryptonote protocol privacy. The Dero Virtual Machine is unique in its ability to run smart contracts while maintaining, thanks to Bulletproofs as we have seen earlier, but also thanks to Ring Confidential Transactions and homomorphic encryption, the privacy of the identities involved in transactions. We mentioned that Dero is a rewrite of the Cryptonote protocol in GoLang, and therefore it supports Go for writing smart contracts, with the possibility of Solidity in the Future.

It is impressive to see Egalitarian Proof of Work combined with a DAG structure, Bulletproofs and Ring Signatures in such a way. Dero is a fantastic addition to the CryptoNote family. It is the first CryptoNote project to be given the ability to execute smart contracts via the Dero Virtual machine which requires no additional layers or sidechains.