What is the Dai token? 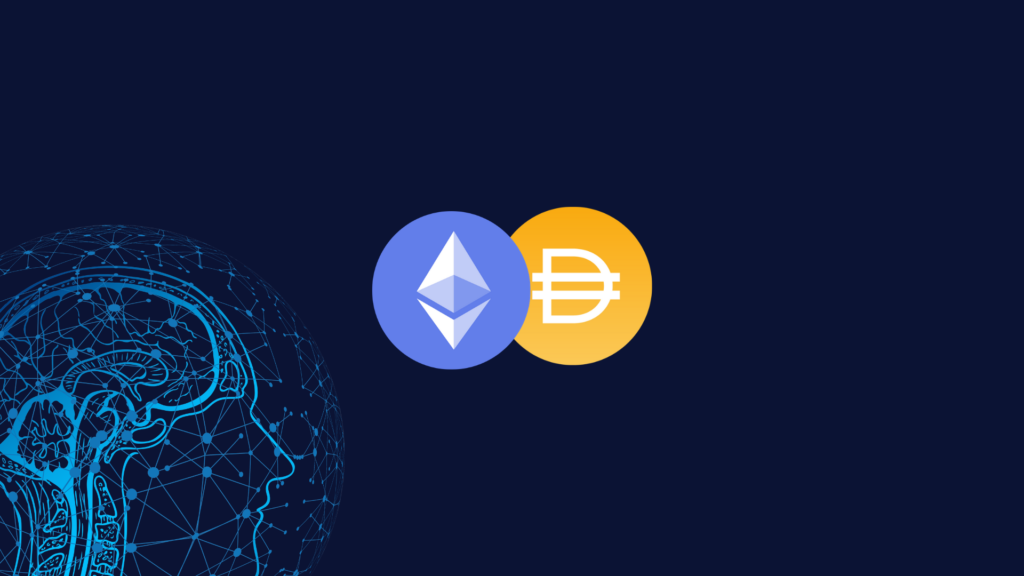 What is the Dai token?

Dai is a decentralized stablecoin introduced by the MakerDAO project in December 2017. The value of each Dai token is soft-pegged to the US Dollar, so 1 Dai token = 1 USD. Unlike other popular stablecoins like Tether (USDT), USD Coin (USDC), TrueUSD, and Paxos Standard — Dai is completely decentralized and backed by collateral that is locked up in Maker vaults — Collateralized Debt Positions (CDP) on the Ethereum blockchain.

A CDP is a rather fancy term but it’s really just a smart contract on the Ethereum blockchain where users can deposit collateral and then in turn take out “Dai loans” on that collateral.

How Dai tokens are created

Any user that deposits collateral in a CDP can choose to generate Dai tokens as long as the total value of their collateral is worth at least 150% of the generated Dai tokens. When generating Dai tokens you are actually generating a debt that you should pay back if you want to get your collateral back in the future.

You will also be paying a “Stability fee” which is actually just interest on your loan. When collateralizing assets it’s very important to take into account the price swings of those assets.

If your locked-up collateral ever falls below 150% of your generated Dais value you might risk getting partly or fully liquidated and will also pay a 13% penalty fee.

The original Dai stablecoin system, now deprecated and named Sai only allowed Ethereum to be deposited as collateral. However, in November 2019 the MakerDAO project launched and released a new version — The Multi-Collateral Dai. This new system allows for many new types of collateral to back Dai. Any Ethereum-based asset can be used as long as it’s been previously approved by the MakerDAO token holders. The website DaiStats has some nice statistics showing what type of collateral is currently supported and is used for backing all outstanding Dai tokens.

How the price remains stable at $1

When the MakerDAO team created Dai as a stablecoin they made use of economic incentives to make sure it maintains a peg to the value of 1 US dollar.

There are some mechanisms put in place to both decrease and increase the value of the Dai token whenever the price is fluctuating in either direction. No matter in what direction the price fluctuates users can make money.

For example, if the price has increased so the value is more than $1 per Dai — users can still create Dai for $1 and sell them to others for a higher price. Incentivizing users in this way to create Dai will cause the price to decrease because of the rapid inflation.

If the price instead decreases and goes below $1 users will be able to pay off their loans for cheaper and by doing so they will burn Dai tokens. A rapid deflation scenario will take place until equilibrium once again is reached and one Dai is worth $1.

The Dai token is an Ethereum ERC20 token so you can treat it like any other ERC20 token and safely store it the same way. Just keep in mind that since it’s a stablecoin you shouldn’t treat it as an investment, the price will be roughly $1 at all times.

However because of its decentralized nature the value can sometimes fluctuate slightly. Dais all-time high valuation was set on March 13, 2020, and for a short while was valued at $1.22. On 25 November 2019, its all-time low value was $0.9.

You could make money by utilizing these small swings in your favor as we described above. We would not recommend this though because the swings are so small and you would really need a lot of capital to really gain much on this arbitrage.

Dai is very useful to hold during times of heavy volatility on the crypto markets. Sometimes you just want some peace of mind and as Dai is always directly backed by excess collateral you can rest assured that it will hold its soft-pegging to the USD even in the greatest of bear markets. Speaking of bear markets, Dai has already proven to work as expected during the last bear market. When the only collateral that backed Dai was Ethereum and the price of Ethereum crashed violently — Dai was still hovering around $1 all the time.