What is the REN Protocol? The rise of Universal interoperability 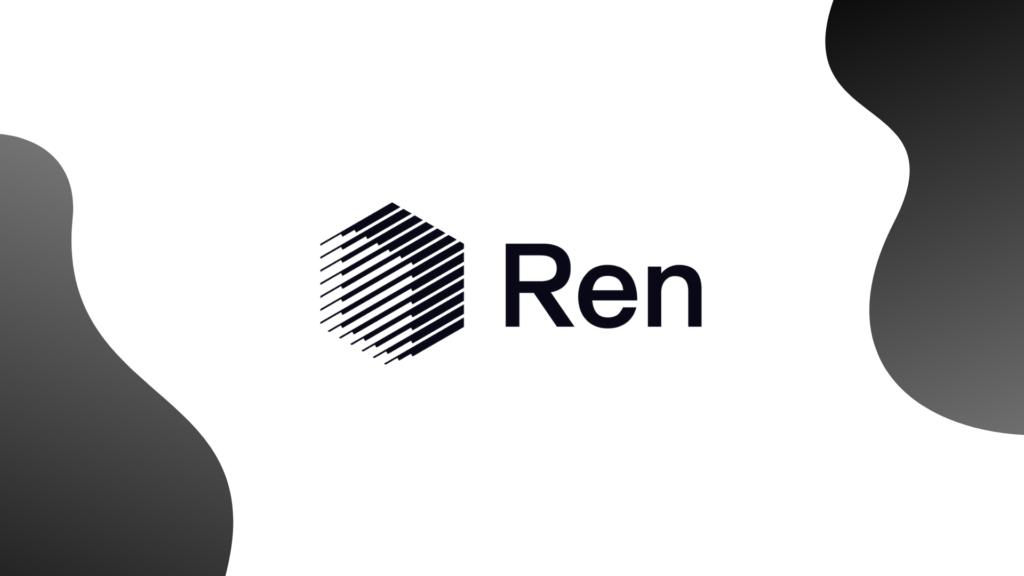 What is the REN Protocol? The rise of Universal interoperability

At its very core, REN is a protocol that allows developers to unlock the possibilities of cross-chain liquidity.

REN does so by bringing, or shall we say, “bridging” assets such as Bitcoin and Dogecoin to a variety of blockchains and among them, Ethereum, Solana and Polygon. This means that users, interacting with simple interfaces, can deposit their assets in Smart Contracts and be given, after doing so, tokenized “representations” of the assets they deposited.

This process of issuing tokenized representations of assets from a source or origin chain is completely different from the Hash Time Lock Functions (HTLC) specific to Atomic Swaps (which require parties to acknowledge the receipt of funds). Bridging assets “REN style” is also not “wrapping assets” in order to take advantage of the low transaction fees and block times of different chains – RenBTC, for example, a permissionless, decentralized and trustless “representation” of Bitcoin, is fundamentally different than wBTC (the latter requires users to trust centralized custodians to keep the assets secure).

To better understand the implications of such a protocol, there is no better way than to look at the three types of transactions it allows users to perform:

1. Lock and Mint: A Lock and Mint transaction is a cross-chain transaction in which a user “sends” assets from an origin chain to a host chain. The user sends assets to a Gateway address, which can only be used once. If the user wishes to send Bitcoin to Ethereum, then in this specific case the origin chain will be the Bitcoin Network while the host chain (or destination chain) will be the Ethereum network. Why is this transaction called Lock and Mint? The transaction, initiated by the user, will lock a certain “input” into a smart contract, and subsequently permission will be given to “mint” tokenized representations of the locked asset onto the new chain. These “representations”, and this is extremely important, are pegged 1:1 with the locked assets.

We mentioned the REN Virtual Machine in passing and perhaps we should take the time to define it before going further into the rabbit hole of cross chain liquidity!

REN is a decentralized Virtual Machine, powered by a diligent army of DarkNodes that contribute their time, assets and compute power to the network for rewards, which are algorithmically adjusted as a function of demand. Because REN charges fees for all cross-chain transactions, these rewards come from multiple sources. There are fees associated with minting, burning, continuous fees (charged on a per-second basis for holding pegged assets) and underlying fees (charged based on the congestion of the network).

REN is a Byzantine Fault Tolerant Network (BFT) connecting more than a trillion dollars worth of digital assets together. It can function even if one third of DarkNodes happens to be malicious. The REN VM is replicated thousands of times in each node composing the network.

The requirements for becoming a DarkNode operator are steep, however the rewards make it well worth the risk: 100 000 REN tokens (this ERC20 “Work Token” is currently priced at 0.44 cents as per CoinMarketCap, so a total of approximately 44 thousand dollars US) are needed as collateral, and the node needs to be run via one of the approved Virtual Service Providers (VPS). There can only be a maximum of 10 000 nodes at one time – that number is calculated using the finite supply of 1 Billion REN tokens and the 100 000 REN collateral per DarkNode. The REN collateral forces DarkNodes into compliance and is a commitment to good behavior, responsiveness and honesty.

The advent of Universal Interoperability

We define restricted interoperability as the possibility for users to use any asset with any protocol on a specific Blockchain.

Universal interoperability can be defined as the ability to send any asset in any quantity from any chain to any other chain for use in any application without restriction.

This is achieved by the REN Virtual Machine by combining the Byzantine Fault Tolerant Consensus Protocol with Secure multi-party computation algorithms.

The Byzantine Fault Tolerant consensus aspect ensures consistent and predictable uptime in a dynamic and potentially malicious environment (the REN VM will keep functioning even if a third of DarkNodes become malicious or unavailable) while secure multi-party computations allow untrusted nodes to run scripts without revealing the inputs and outputs of the script to anyone.

As a part of their Blockchain Blitz, the REN team has made it possible to mint assets on the following blockchains: Ethereum, Binance Smart Chain, Polygon, Fantom, Avalanche, Arbitrum and Solana. The following origin or source blockchains are available at the time of writing: Bitcoin (BTC) , Bitcoin Cash (BCH), Digibyte (DGB), Dogecoin (DOGE), Filecoin (FIL), Terra (LUNA) and ZCash (ZEC).

It is a well known fact that Transactions on the Ethereum network require a fee called “Gas”. Onboarding users coming from different horizons such as the Bitcoin ecosystem requires developers to think of new, creative ways to onboard them smoothly, to avoid situations in which they would look at, and balk at, the fees for opening accounts, for example.

REN developers can call methods from the Open Zeppelin Gas Station Network (GSN), in order to pay the gas fees required for transactions in their applications. What this means is that users will never need to hold ETH in order to interact with applications, greatly simplifying onboarding for users and boosting retention! Doing so will also allow them to pay for transactions using any asset they have available.

REN’s grand ambition – Universal Interoperability – is to put to good use idle assets “sitting” on various blockchains and unlock the holy grail of cross-chain liquidity. The implications of this are clear: assets that were once idle can now cross over to other blockchains to not only take advantage of shorter block times and lower fees, but also of Tools and Decentralized Protocols not available on the chain where these assets were born.